With no volunteers, there would be no museum!

The History of the Museum

Dartmouth Museum was established by the town authorities in 1949 in the old Library in Newcomen Road – now a private house. The person responsible was Percy Russell, a local historian who had written the first authoritative history of the town. The Museum moved into the Butterwalk in 1954. Again, the leading light of getting the Butterwalk itself restored after war damage and then transferring the Museum into it was Percy Russell.

The Butterwalk is a terrace of four houses built by rich merchants around 1640 shortly before the English Civil War. The houses were then on the quayside so that the merchants could keep a close eye on the loading and unloading of their ships. The Butterwalk was built out over the river mud and has subsided and distorted to the point that there is not a horizontal floor or true vertical anywhere in the building.

The Museum occupies three floors above the shops. Entry at street level is via a small lobby, then up a spiral ‘ship’s mast’ staircase to reception. This level has three main exhibition rooms and a shop. A fourth exhibition room on the next floor was set up in 2020. 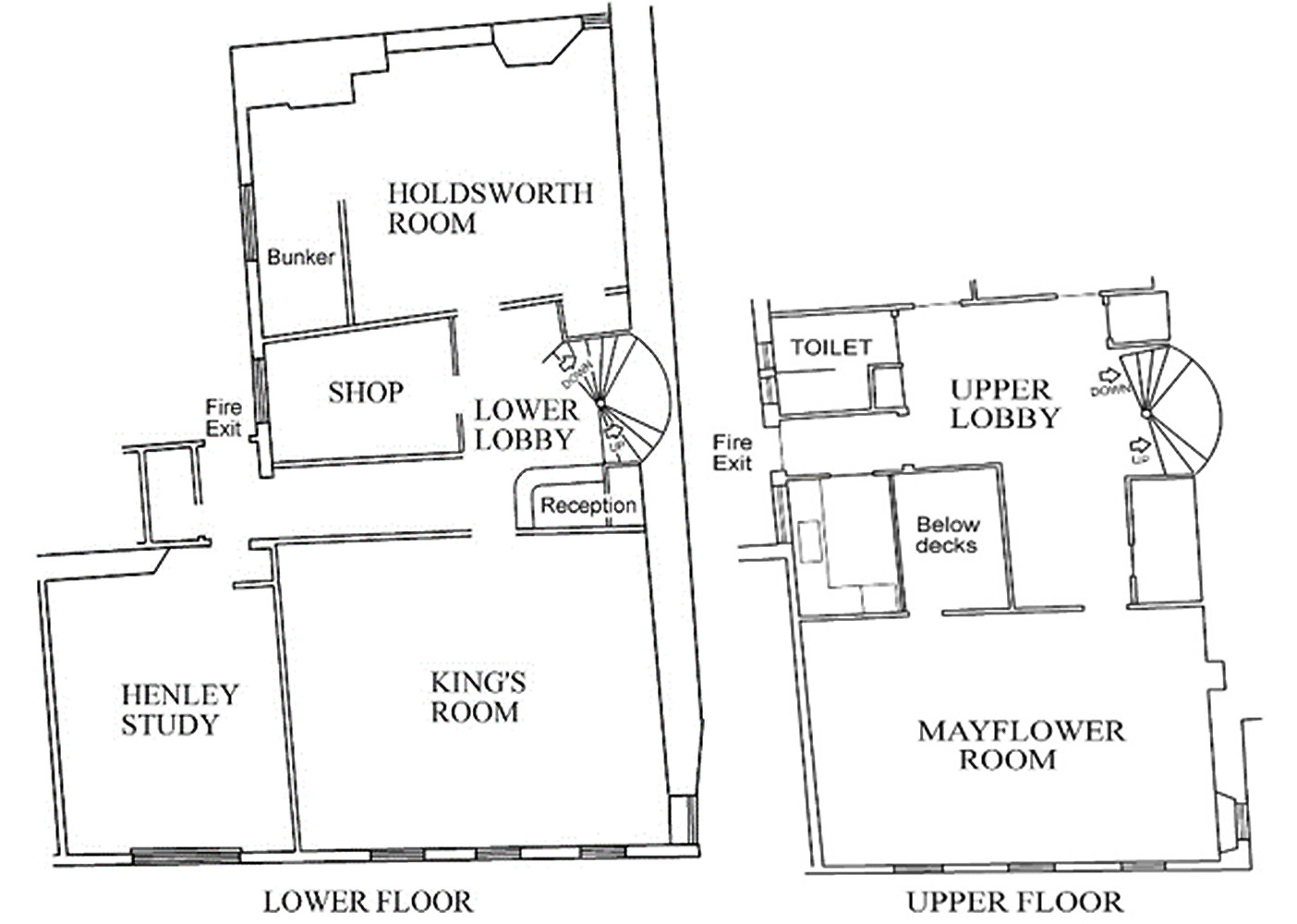 In late Victorian times a polymath ironmonger in Dartmouth had accumulated a large and varied collection which, on his death, was bequeathed to the Town Council, who set up a museum in Anzac Street. This was closed in 1976 and the collection transferred into the custodianship of Dartmouth Museum.

The Museum operates at all levels with unpaid volunteers. The management team listed here is overseen by a Board of Trustees and manages the running of the Museum. The face of the Museum is the around 60-strong team of volunteer stewards who greet and assist the visitors on all but three days of the year.

The Dartmouth Museum Association is a non-sectarian, non-political charity, open to membership for those who have an interest in local or maritime history, or wish to contribute to the wellbeing of an important part of the Town, or enjoy social contact (the Christmas dinner is always well attended) or for any other reason. We value membership at all levels of involvement but are particularly grateful to those who act as volunteer stewards. We also invite those with office and management skills of potential use to the Museum to consider assisting in its administration.

On all but three days of the year we need volunteer stewards to greet and assist visitors. If you can commit to us a three-hour shift several times each year, we want to hear from you! There is a morning shift in Summer and an afternoon shift year-round. The stewards report that they benefit from volunteering duties, from not only social interaction but learning about the displayed artefacts. It is said that the stewards know more about the Museum than some of the management!